no justice, no seat
national march

FLOOD THE STREETS: No Justice, No Seat!

One week after #ChristineBlaseyFord bravely testified before the Senate Judiciary. One week after we watched male Senators apologize to an abuser and dismiss his victim.
We’re coming back. We’re marching from Brett Kavanaugh’s current courthouse to the court he hopes to ascend to. We’ll do everything we can to make sure he doesn’t get there.
Mark your calendars. It’s time to rise up.
#CancelKavanaugh #BelieveSurvivors 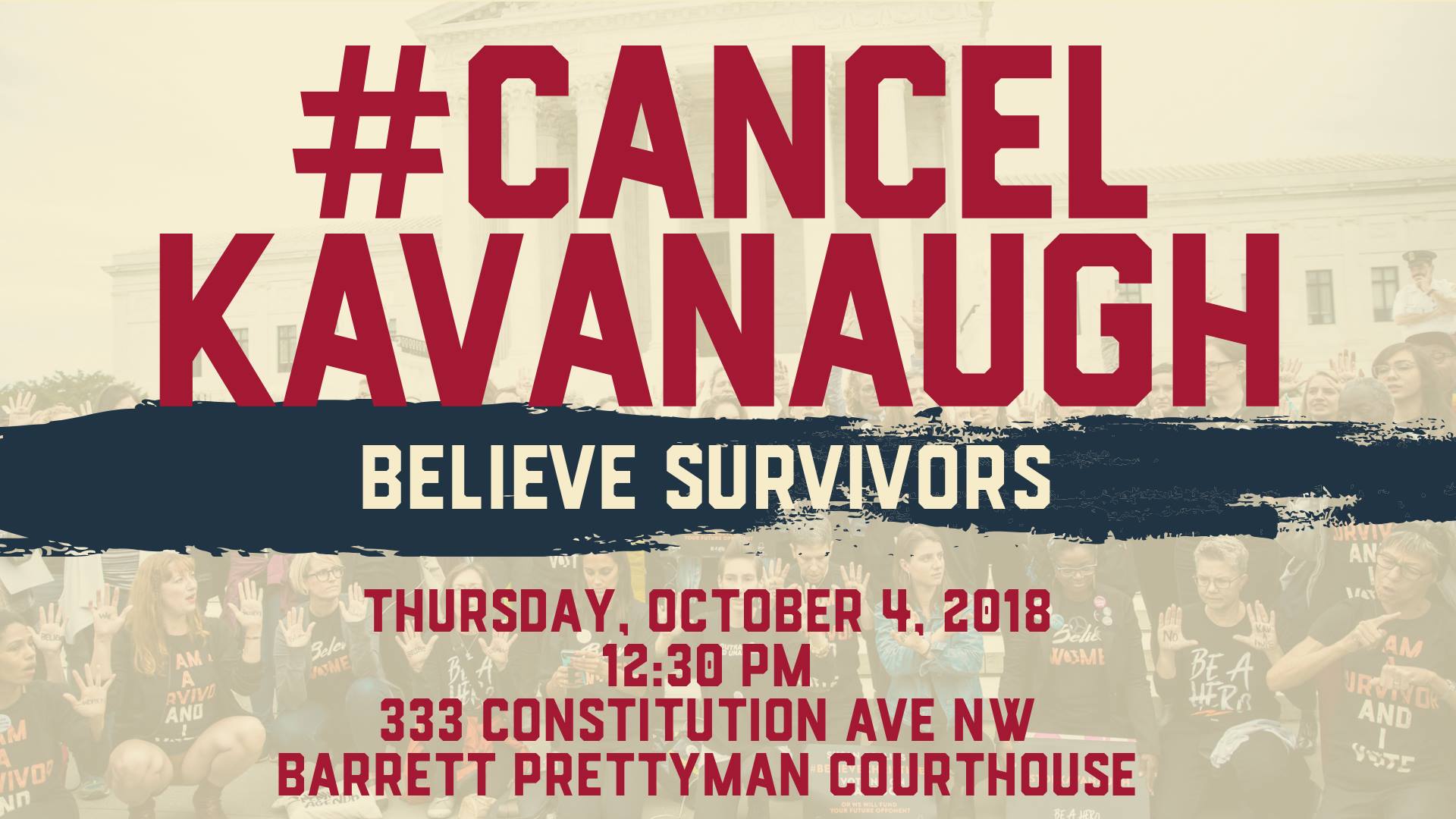